GenF20 Plus™ is a genuine HG-releasing solution without harmful side effects. It’s a powerful formula that combines a doctor-endorsed dietary supplement.

It's based on a scientifically-formulated combination of amino acids, nutrients, and peptides, which boost your pituitary gland and increase the release of the HGH. It’s been shown that, with the appropriate use of the GenF20 Plus, IGF1 levels can rise up to 28% in less than three months.*

As we get older, our HGH levels inevitably begin to decrease, leading to all the effects of aging most of us would rather avoid. If you are fighting against “looking old,” having less sex drive, dimished energy and muscle mass, wrinkles, difficulty sleeping, fatigue, a decreased immune system, and other symptoms of aging, read on.

HGH stands for Human Growth Hormone. Numerous research studies have shown that the decrease of HGH levels can be directly correlated to the aging process itself. Helping your body increase the production and release of HGH combats those symptoms of aging we all want to prevent.

GenF20 Plus™ Daily Supplement contains 16 powerful ingredients, each playing an important role in stimulating your body to naturally increase your HGH levels, including:

Clinical studies have shown the arginine can as much as triple your HGH levels*, even into old age. And it can also help improve your exercise performance for high-intensity, short duration work outs.

Your body doesn't naturally produce arginine; you must get it from your diet. So it's an important addition to GenF20 Plus™!

It's the amino acid used most by your body during times of stress, and it's the key to metabolism and maintenance of muscle, cell division, and cell growth. It increases energy and mental alertness.

It's one of the key stimulatory agents that encourages the pituitary gland to secrete HGH! It also has a calming effect on the brain and may play a role in the health of the prostate.

When lysine is taken in combination with arginine, it's been shown to be ten times more effective than just taking arginine alone*. It too is reported to boost immunity and improve genital function!

Tyrosine is used by the thyroid gland for the production of Thyroxine, another vital hormone shown in clinical studies to help reduce fatigue and depression, as well as regulate growth and metabolism! 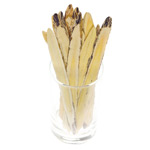 In western herbal medicine, Astragalus is often used to enhance metabolism and digestion, strengthen the immune system and help wounds and injuries heal. It is also believed to help improve the function of the lung, adrenal glands and the gastrointestinal tract, increase metabolism, sweating, and reduce fatigue. 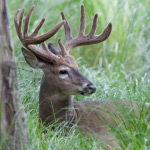 Deer antler velvet is a natural source of glucosamine, chondroitin and collagen. The body uses glucosamine to manufacture glycosaminoglycans that are found in cartilage tissue.

GABA, or Gamma-Aminobutryic Acid, is a powerful amino acid that was first discovered in 1883 in Berlin. It is classified as a nearuotransmitter, which means it helps nerve impulses cross the synapses (gaps) and communicate better and has a number of positive effects on the nervous system. In addition, GABA stimulates the production of Human Growth Hormone (HGH).

Colostrum contains IGF-1 (insulin like growth factors), which are actually products of HGH. IGF-1 is used to measure HGH production levels and it's thought that IGF-1 is actually responsible for the anti-aging effects of HGH.

Colostrum is a form of milk produced by the mammary glands of mammals in late pregnancy and the few days after giving birth. GenF20 Plus includes Bovine Colostrum, which is virtually identical to human colostrum and actually contains MORE of some of the most beneficial properties!

L-Valine is an amino acid and a branched-chain amino acid found in high concentration in the muscles. L-Valine can not be made by the body, and must be acquired through food or dietary supplements. It has a stimulating effect and is needed for muscle metabolism, repair and growth of tissue and maintaining the nitrogen balance in the body. Since it is a branched-chain amino acid, it can be used as an energy source in the muscles, and in doing so preserves the use of glucose.

It stimulates the pituitary gland to operate more effectively and increase the release of HGH. As well, it's believed to help improve some conditions associated with aging, including poor muscle tone.

It's a purified extract from lecithin which acts as an excellent emulsifier, facilitating the absorption of the other nutrients included in GenF20 Plus™.

Phosphatidyl Choline also emulsifies and breaks down fat deposits in the body, making it helpful in the prevention of gallstones, atherosclerosis, heart disease, and liver problems, depression, memory loss, and neurological disorders.

Studies have shown that Ornithine is about doubly effective as arginine, which as mentioned above, can as much as triple your HGH levels*! Especially when used in combination with arginine, lysine, and glutamine, also included in GenF20 Plus!

Required to transport glucose from the blood into the cells, chromium helps maintain glucose levels by enhancing insulin activity. And lower blood glucose levels can increase the release of HGH!

Chromium also assists with weight control, helping you to maintain a healthy metabolism, increasing your energy, and reducing body fat!

**This information has not been evaluated by the US Food and Drug Administration, nor has it gone through the rigorous double-blind studies required before a particular product can be deemed truly beneficial or potentially dangerous and prescribed in the treatment of any condition or disease.

YOU CAN PAY WITH YOUR CHECKING ACCOUNT INFO EASILY UPON CHECKOUT.

Please Call to place your order.  We want to help you!

CREDIT CARD PROCESSORS OFTEN HAVE ISSUES WITH PROCESSING PAYMENTS FOR SUPPLEMENTS. WE CAN STILL TAKE A CARD OVER THE PHONE OR EMAIL YOU AN INVOICE. CALL OR EMAIL US TO ORDER! THANKS FOR YOUR HELP! CALL AT THE NUMBER ABOVE OR TEXT 417-929-2824 AND WE WILL GET BACK TO YOU PROMPTLY. $19.95$31.90
BFF Cream is an all natural herbal supplement formulated to naturally enhance the size, shape and firmness of women's breasts. BFF Cream has been uniquely formulated with a variety of... $19.95$29.99
BFF works NATURALLY...by stimulating the growth of your own breast tissue while firming and tightening the breast area. Our formula has thirteen unique herbs which help with breast tissue expansion,... $39.95$49.99
Originally known as Gluteboost Pills, they’ve been making butt enhancement dreams come true for over 10 years. The BootyDream Dietary Supplement Pill ingredients were formulated with your health and your... $29.95$39.90
Breast Success works by stimulating the growth of breast tissue while firming and tightening the breast area. Our formula has thirteen unique herbs. Our formula contains no synthetic compounds, artificial... $49.99$64.90
The Confitrol24 formula works to strengthen and tone the muscles in your bladder wall, pelvic floor and sphincter, as well as supporting healthy connective tissue in the surrounding area. The...
BACK TO TOP